From the mid-18th century until the latter part of the 20th century, this kitchen garden had supplied Gilmerton House with fresh fruit and vegetables.

In its heyday, the garden was managed by a head gardener, living in the adjacent cottage, who supervised a considerable team of gardeners. After World War 2, the garden fell into disrepair and was successively used as a barley field, a Christmas tree plantation and a sheep field.

In 2016, we came together as an enthusiastic group of volunteers who saw an opportunity to create a new productive growing space, working to a design drawn up by project director June Tainsh. June supported and trained us in horticultural practice, giving us the confidence to continue as a self-managed, co-operative group when she left in the summer of 2018.

Growing Matters was formally constituted as a charity in July 2017. We have taken over a 25-year lease on the walled garden. 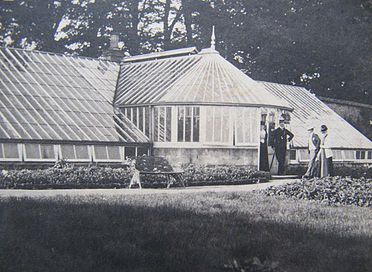